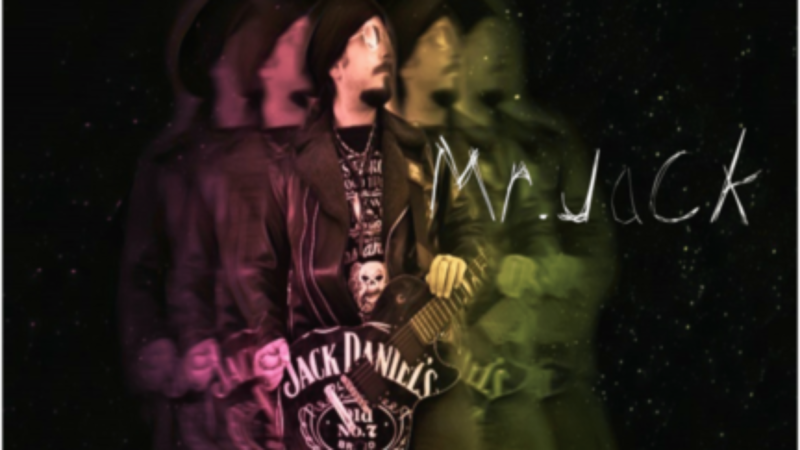 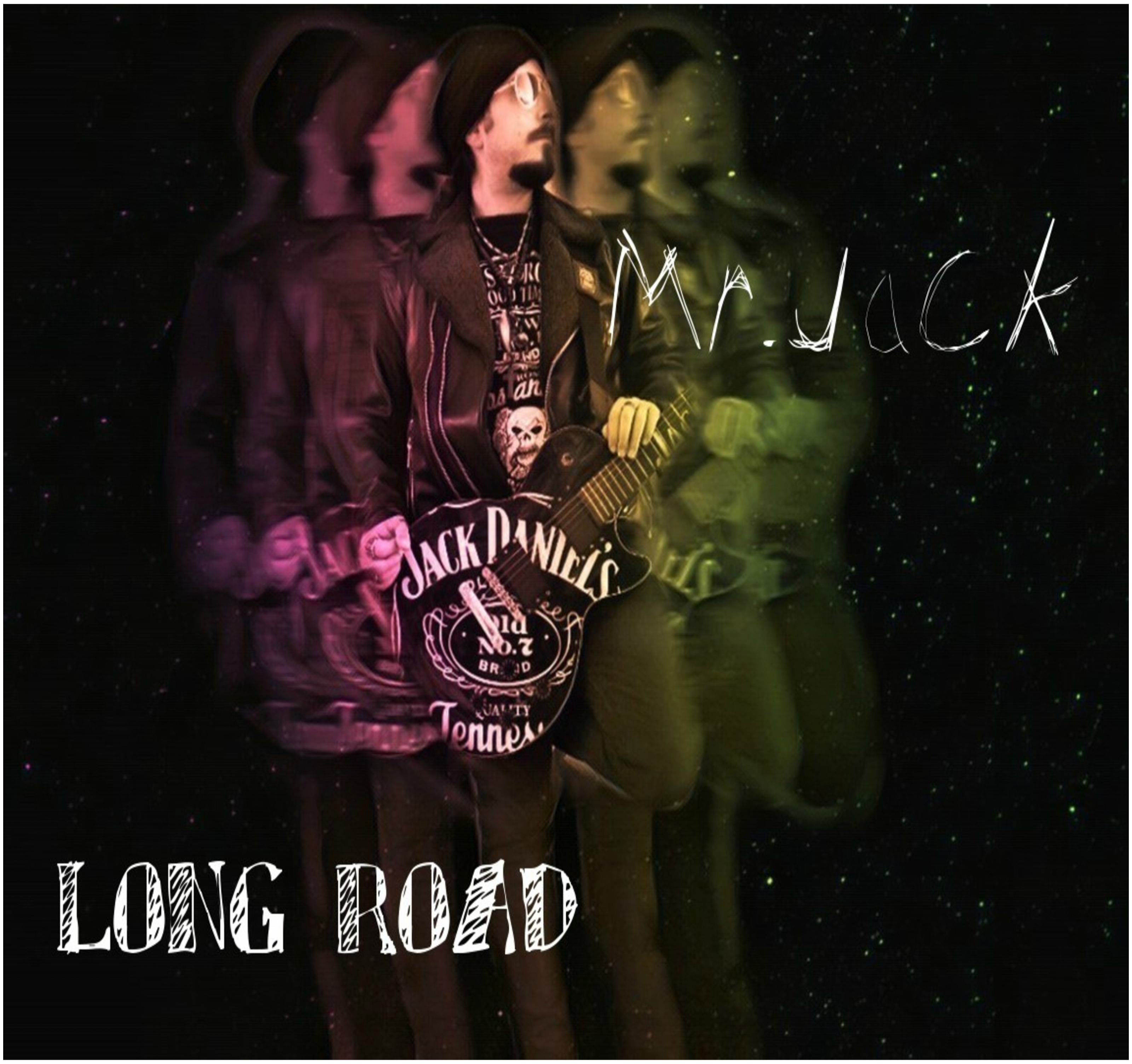 Produced by Wanikiya Record and recorded at Mountain Rock Studio! In collaboration with: Metal Shock Finland, Metal in Italy and Metal Italy! Inside the album great special guests of the rock and metal scenario all made in Italy! Here is the list of guest artists on the disc:

The album entirely played, composed and recorded by Mr. Jack in his studio is a complete album and where the artist tells his story through his music, a mix of genres, from Metal, to rock, ballad, hard rock and a lot of passion in composing this album, which more than an album is a personal story of his entire career and all the way it has had to go! 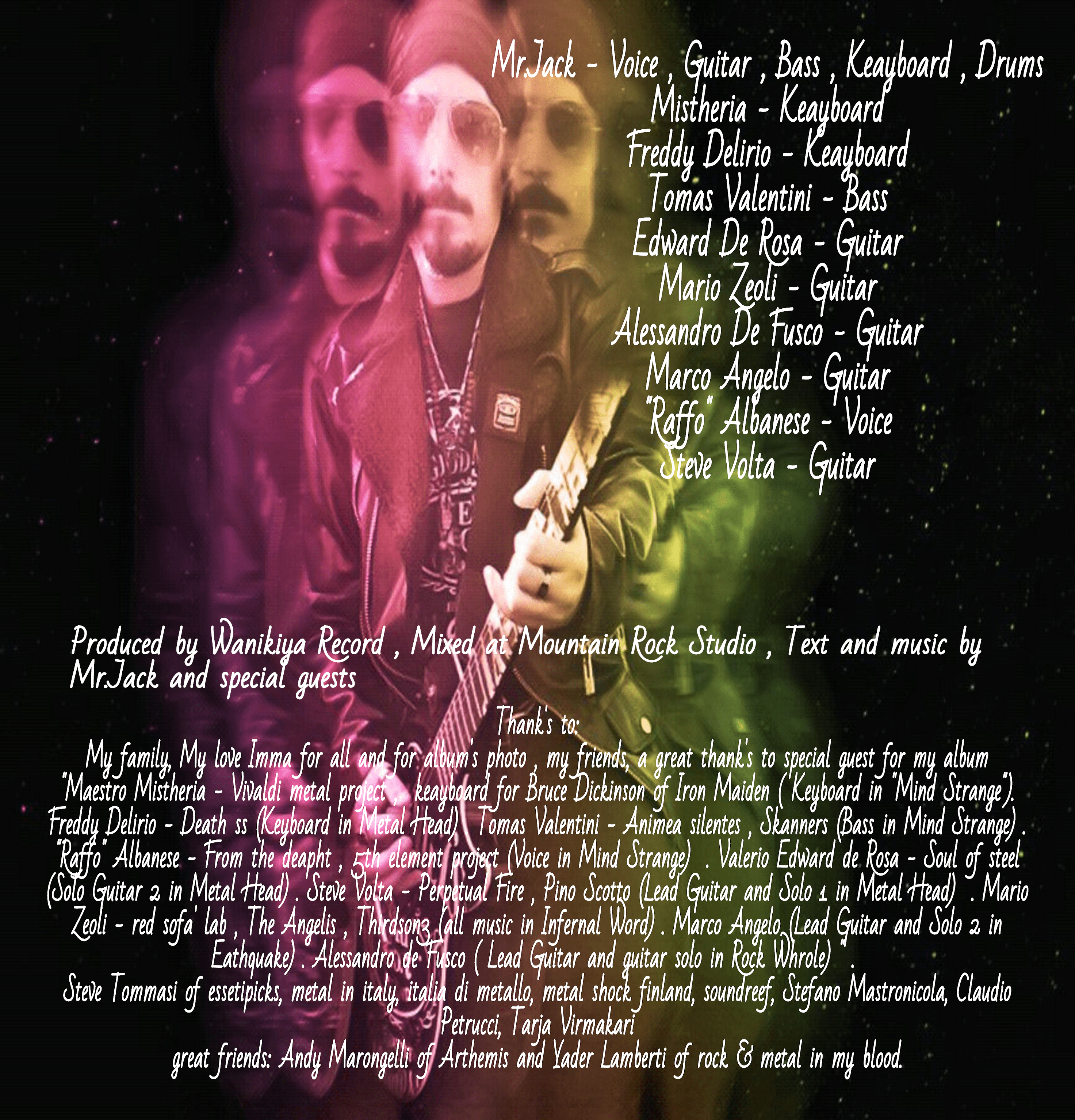 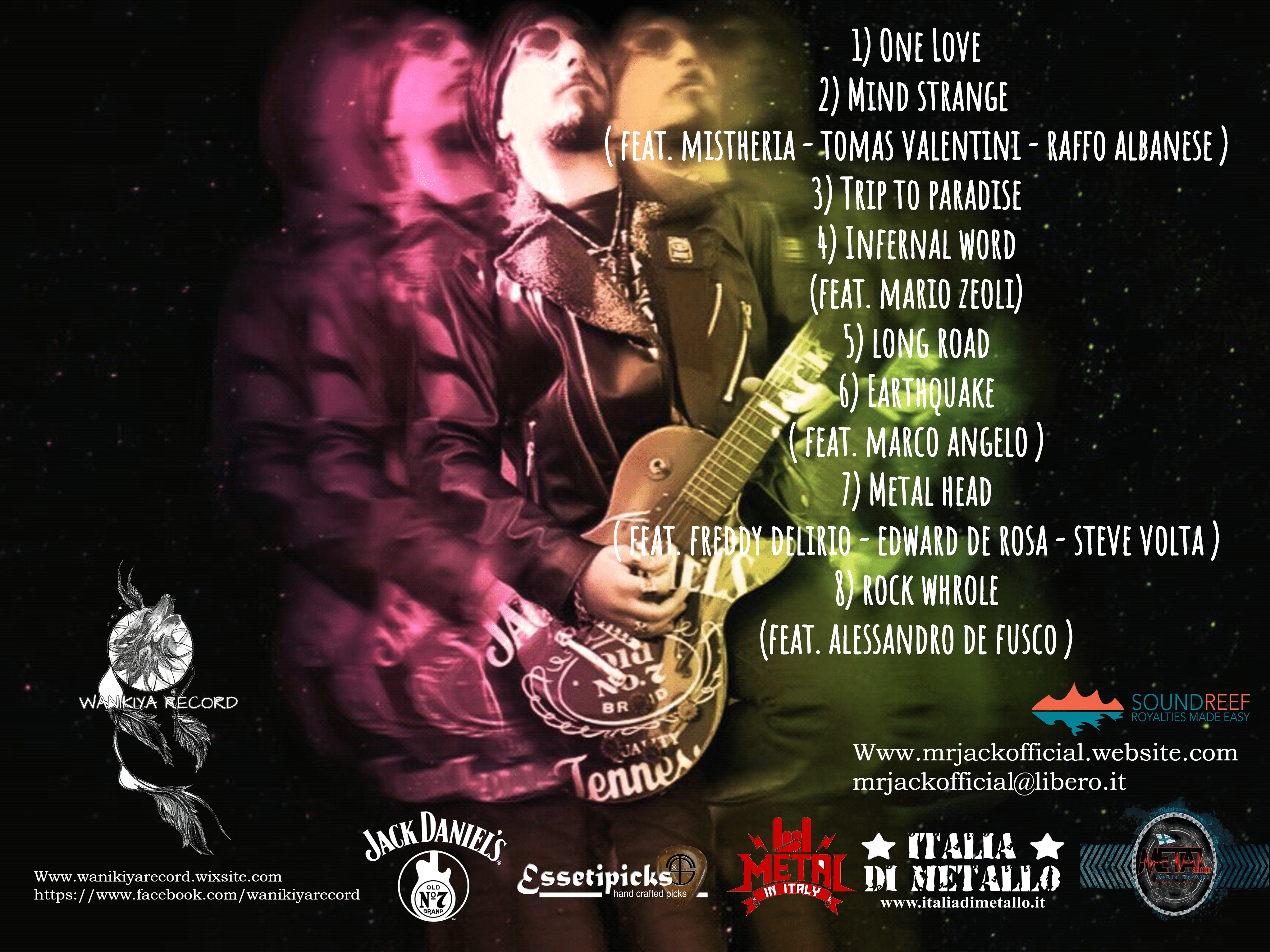 r. Jack, singer / musician, vocal coach, record producer, composer. He began singing and playing with various bands at the age of 14, after some collaborations, at the age of 19 he founded the rock band IRON HEART with whom he recorded 2 studio albums (The Angel in 2006) & (Mr. Jack in 2010), with them in 2009 he collaborates with Quickstar Production in Baltimore in the USA for the release of the album "Rip Up" with other foreign bands and in 2011 he collaborates with the German label "April Rain" for the release of the album "ARTISTS UNITED FOR A NEW REBORN". With Iron Heart he acts as a shoulder to many national and international artists: Pino Scotto, J-AX, Subsonica, Ian Paice (Deep Purple), Skanners, Joe Lynn Turner (Deep Purple, Rainbow, Yngwie Malmsteen, Glenn Hughes, Bonnie Tyler, Cher, Lee Aaron, Riot, TNT, Nikolo Kotzev, Brazen Abbot). He collaborated with the Route to Hell with which he started working in 2013 and with which he realizes Events and Clinics at international levels: Arthemis, Andy Martongelli, Michael Angel Batio, Marty Friedman (Ex Megadeth, Cacophony), Edu Falaschi (Angra, Almah), Gus G. (Ozzy Osbourne, Firewind) and many others. Collaborate with the brands: D'Orazio String, Essetipicks, Rock'n Picks. A first Ep Horror "Child Ghost" is released which opens the doors for a career in Horror Music. On October 31, 2016 he came out with his brand new musical project of horror soundtracks "Dark Possession" produced by Smart Record and started a collaboration with "Horror Music World" in the USA. Signed in 2017 with the record label "Maculata Anima Record" of Malta for his second Horror album "The Deep Side of the Lake" in collaboration with "Horror Italy" & "Horror Music Word" in the USA. In August 2017, the "Wanikiya Record" record label opens

In 2018 he took part in the international music project "ROCKIN'1000" at the Artemio Franchi Stadium in Florence directed by Maestro Beppe Vessicchio with Courtney Love (Hole) and other special guests: Giacomo Voli (Rhapsody on Fire) - Saturnino - Cesareo (Elio e le Storie Tese) and other great guests. He participates as a special guest keyboard player in the album of the solo guitarist Edward De Rosa "Zeitgeist" released on October 26, 2017 produced by Revalve Record together with: Giacomo Voli (Rhapsody on Fire), members of Elegy Of Madness and other special guests.